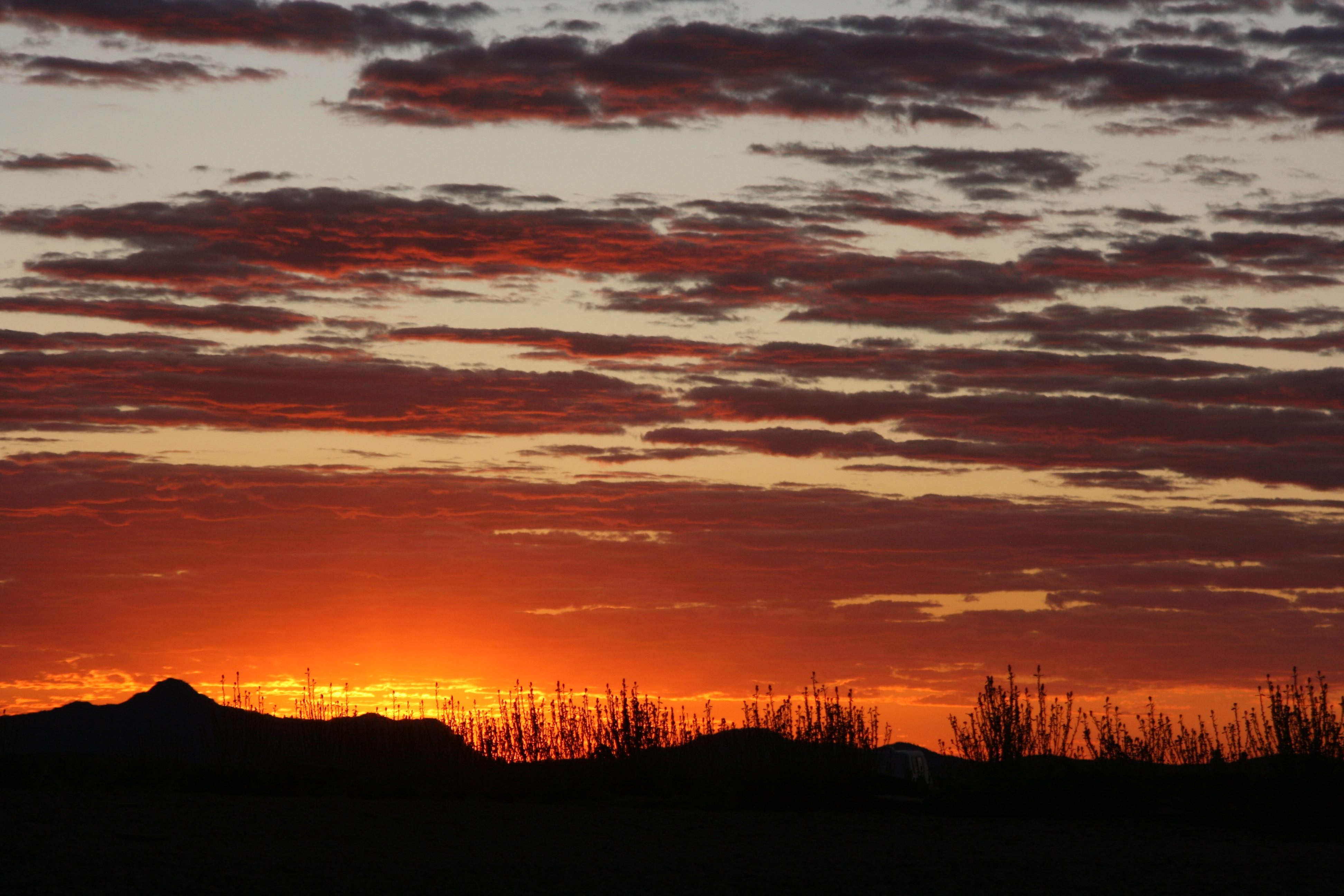 In Search of Red Dirt in a Hired Camper

When talk of campervanning in South Australia lights up someone’s face, it becomes infectious. The outback was not somewhere high on our holiday agenda.

Firstly, there’s no water. We are water people. The swimming kind.

Secondly, you may require mechanical skills that we don’t possess, like getting yourself out of a bog or the car rattling itself to pieces and refusing to go any further. But the excitement evident on the faces of those who have gone before us inspired us to take the plunge flying under the protective wing of another family.

A campervan we own, but its old bones were not going to survive a trip down the Oodnadatta Track. Hiring a camper also eliminated the need to drive from Sydney. Instead flying into Adelaide where we were introduced to our hired camper in the airport car park. A Landrover Defender with a rooftop tent was not the campervan rental we usually get, but it certainly was up to the task of an outback journey even though its turning circle required a few three point turns to get out of the airport car park.  Fully equipped with camping gear for four including pillows and towels, every kitchen and cooking item you could ever need, a huge fridge and water storage. These guys had been outback before and it certainly reduced our check in baggage needs.

We like to wing it on our holidays, with no firm plans, no bookings, just a general direction. The general direction was Broken Hill, Flinders Ranges, Oodnadatta and Coober Pedy. We had two weeks, almost 2,500 km to drive and four kids between our two families.
The intrigue of Broken Hill as a completely remote outback town with a vibrant cultural population has drawn my attention for a few years now. Part of the attraction is the incredible colour contrasts of the landscapes. The dirt is red I’m told, not just orange, but a vibrant red.  As we drove from Adelaide the green pastures eventually turned from rolling hills of lucerne and rapeseed to wide flat land covered with beautiful grey desert foliage, the dirt was certainly red-ish, but my expectations were higher. The city of Broken Hill was full of evidence of a bustling past, with a pub on every corner and a grand architectural style. It wasn’t hard to picture its hey day full of dreamers out to make their fortune and miners drinking away the pain of the day’s hard work.

One of our first decisions after Broken Hill was to leave the highway.  It’s a crazy idea perhaps when you can easily experience the Flinders Ranges on bitumen. Driving on dirt keeps the day alive, your brain alert and the kids entertained.  We had a race with an emu in the first five minutes on dirt and soon started a tally of how many emus, dead kangaroos and wedge tail eagles we saw along the way.

The Flinders Ranges were the distant backdrop of our seven hour journey that day. Our arrival at their foot as the sun set was a spectacular welcome. Staying at Willow Springs sheep station we chose a site away from the homestead where the hills surrounded us on all sides, the campfire burned and the stars shone. This is what we’d come for. That and red dirt.

Wilpena Pound is an amazing circular mountain range that looks like the start of a clay pinch pot. The kids were beginning to get into the swing of life in the great outdoors making fun in walking on fallen trees, rolling boulders into rivers, and finding stones you could write with. Their imaginations and creativity were inspired by their surroundings.

Our second crazy decision was to put away the electronic entertainment. Freeing our brains from screens and mixing up the kids seating in the car inspired creative games, stories, laughs and just soaking up the vastness of the scenery. Time in the car was lengthy in distance, but became an enjoyable part of the day and great bonding time. On the third day it was like the kids had forgotten iPads existed! Heaven.

Under the direction and recommendation of the tourist information in Blinman, we took a road along a dry riverbed to a beautiful campsite in Chambers Gorge where the kids bundled themselves from the car and grasped their new found freedom to roam and explore.

A wander in the gorge surprised us with some prolific aboriginal etchings. A sign at the entry indicated the meanings of each symbol and gave an insight into the ceremonies that had been held there. We felt a real sense of privilege and respect as if its owners had only just departed or indeed were patiently waiting for us to leave.

I’ve always wondered what there is to see in the outback, and as the landscape began to flatten again along the Oodnadatta Track, the vastness of this part of Australia became the attraction. Finally we were rewarded with red dirt and its contrast with the cloudless sky, the grey shrubs and colourful wildflowers was spectacular, but could change in an instant to a moonscape of black rock and grey sand.

Lead by the hand painted and now heritage listed 44-gallon drum signage, the day fills with the discoveries that show the quirkiness of life out here. A poetry box placed at a lookout with stories of travellers journey, a large scale sculpture park where windmills become flowers and aeroplanes become art. Ochre pits and red sand dunes, hot springs and old railway sidings break up the driving like views on a bushwalk.

The simplicity of life was such a gem. Our daughter turned 10 on our holiday and a lack of preparation and absence of shops called for some creativity in celebrating. She received a packet of chips and an exercise book as gifts. We played the “chocolate game” with a dice made out of a rock, and a frozen chocolate Bavarian dessert was the closest thing the Oodnadatta roadhouse had for a cake.  It could be considered the lamest birthday ever, but her appreciation of the effort and the uniqueness of the location makes us hope that these occasions build character and adventure in our children.

Stretching the boundaries of our comfort zones is often part of our holiday destinations.  Achieving seemingly unachievable goals is so rewarding and creates a sense of togetherness for the family that is often hidden when life is busy and routine.

Hiring a campervan was a great way of getting to those places where an adventure is too far to drive to. The contrast of the red dirt and blue sky is certainly appealing for a return trip, but it is the contrast to our everyday lives that we really want to experience again.

Having Earned An Extra $15K And Counting, Bryce Funds His Van Life Adventures With Every Hire!

10 Budgeting Tips For Travelling With Kids