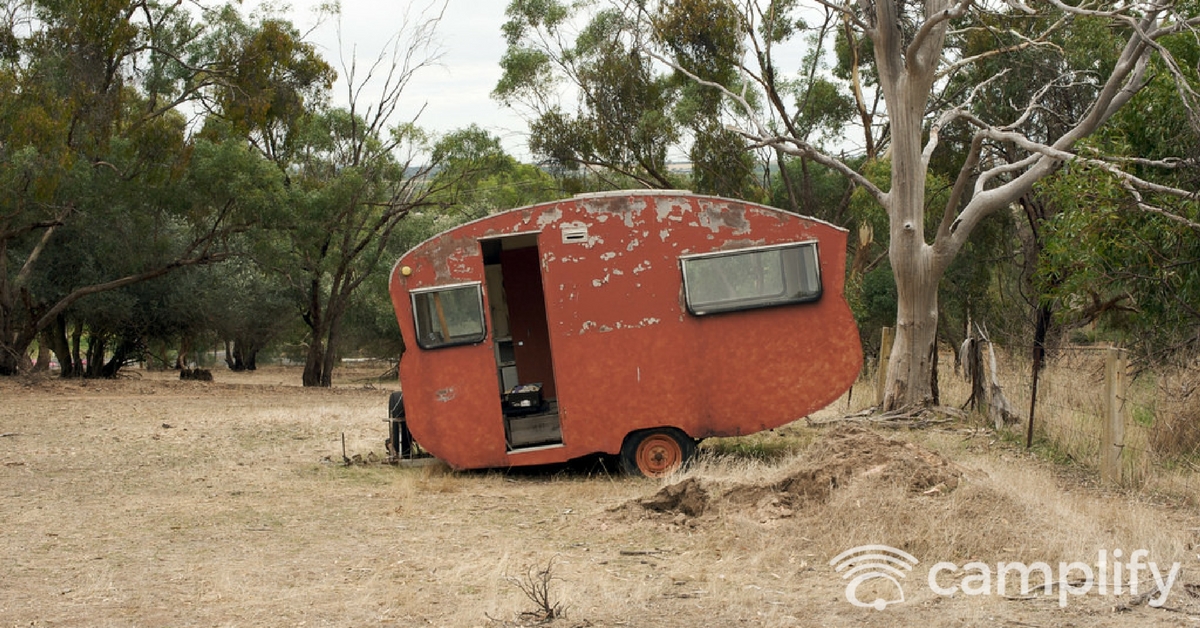 How to Look for Rust on a Used Car, Caravan or Motorhome

Our marketing gal at Camplify, Ella, has just bought a 1994 Toyota Coaster Bus which had seats still in it and it was previously used as a church bus. The bus is mechanically great and has low kilometres for it’s age. The plan is to convert the bus into an off-grid motorhome!

First thing was to gut the bus, this meant ripping the floor out! And the ceiling!


The bus had a few worrying rust patches at the rear of the bus when purchased so the price was bartered down according to this rust repair job needed. After ripping out the roof and floor and upon closer inspection of the rust, there was more rust then known at purchase. Before the conversion begins the rust needs to get fixed!

Learn from someone else’s experience and spot that pesky rust before it gets worse! Here’s Ella's tips on spotting rust in a used car, caravan or motorhome BEFORE you make the purchase.

Firstly, what is rust?

Rust forms through a chemical reaction from the reaction between iron, oxygen and the presence of water or air moisture. Older cars, caravans and motorhomes may be more susceptible to rust as they were made before rust-proofing materials became commonly used on all vehicles, although many newer units also have rust problems.

Rust can occur all over a car, caravan or motorhome if left without fixing it. Common areas for rust to begin appearing and which may be an early warning sign are: (many of these areas are commonly more exposed to moisture.

There are some key tell-tale signs that a car,caravan or motorhome is beginning to have rust issues. It is crucial you know how to spot rust if thinking of purchased a used vehicle, it’s generally very expensive to repair properly and can be impossible to reverse.

Keep your eyes out for key things when inspecting a used vehicle:

Bubbling paint - this is the first sign of a possible rust problem
A new paint job - this could mean the seller is trying to cover up something, be very wary of cars, caravans and motorhomes that have been very recently painted.
Check all the common rust areas as mentioned above, these will generally be the first areas that rust will appear due to moisture build up.
TIP: Use a magnet to test for a rust patch that may have been bogged up or filled. Run the magnet over the vehicle, if the magnet does not attach the same as it would to your fridge then you know there isn’t metal underneath!

How to repair rust

Consulting a professional is usually the way to go when dealing with rust problems. Ask your local mechanic to refer you to someone who can provide a quote on the job. Make sure you shop around for quotes, some people can charge hugely inflated prices for these type of jobs.

Depending on how bad the rust is, it can take between 1-4 weeks to have the rust repairs done. Small rust patches can be sanded away by hand, primed, filled (if needed) and then re-painted, but this may cause further problems if it is not done properly.

How to prevent rust from occurring

The best way to stop rust is to prevent it in the first place! Rust is very common, but there are certainly ways to decrease the likelihood of rust occurring.

2. Wash your car on a regular basis. Keep the body and the underside of your vehicle clean of dirt, salt, grit and dust by washing it regularly. Areas where moisture can build up such as around wheels and in sills need particular attention.

3. Get onto the small rust spots as early as possible!As soon as you notice any new rust developing, get rid of it! It dosn’t matter how big the spot it, it will get worse. Apply an anti-rust primer and repaint it. This will save you money in the long run.

Once the Coaster Rica is renovated, it will be listed on Camplify to hire!

The Camping, Caravan, 4WD, Outdoor & RV Shows That We Will Be Attending In Australia This Year

10 Budgeting Tips For Travelling With Kids